She is part of the Surnatural Orchestra, takes part in Frédéric Maurin’s youth Orchestre National de Jazz (ONJ) or Franck Tortiller’s Jazztronicz, and plays in groups that she leads or in which she is actively involved. Léa Ciechelski, both flutist and saxophonist, equally and unequivocally, is one of the rising personalities of jazz in France.
Les Citizens Jazz’ intervju med Léa Ciechelski  i engelsk oversettelse her (pdf) >

What a journey she made since her first solo concert at the occasion of the summer solstice 2018 in the little village of Fontin until her appearance last November on the big scene of the Ancienne Belgique Brussels as supporting act of Thurston Moore, before an audience of over a thousand people.
Les Jazzmanias intervju med Farida Amadou  i engelsk oversettelse her (pdf) > 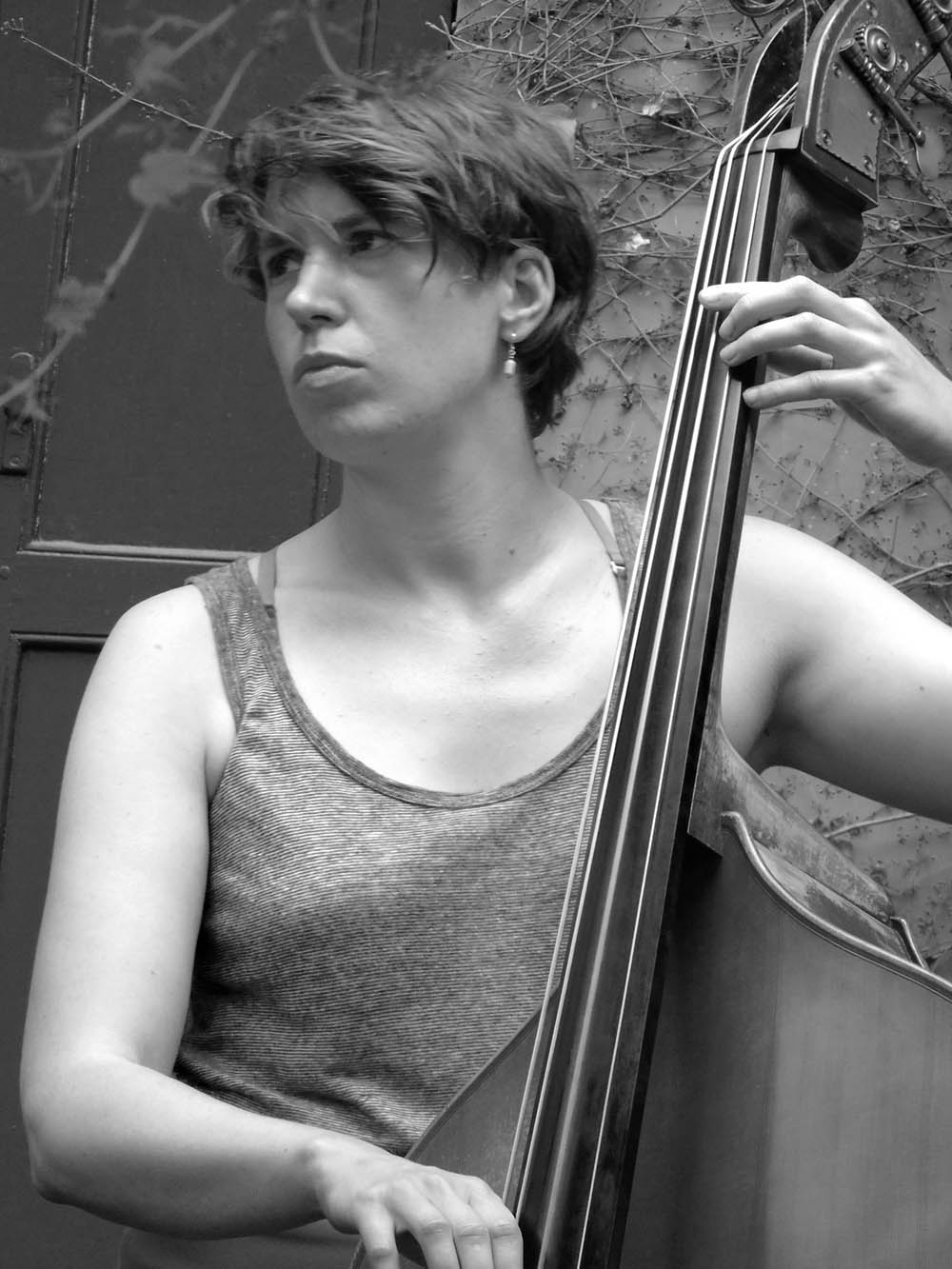 With her second album ‘Hert’ (‘The Stag’) on W.E.R.F Records, the 36-year-old bassist Lara Rosseel has established herself as a female bandleader and composer. She was already the silent force behind the bands of Zap Mama, Pierre Van Dormael, Chris Joris and Pierre Vaiana, before she went her own way and released her album ‘De Grote Vrouw’ (‘The Tall Woman’) in early 2020. She was honoured as an emerging front woman of the Ghent jazz scene (Cultuurprijs Stad Gent 2021). In addition to her own jazz ensemble, she is also a committed bass player in the Room 13 Orchestra and a member of the team of singer Naïma Joris, the 2021 MIA nominee in the ‘Doorbraak’ (‘Hope’) category.
Les Jazz’halos intervju med Lara Rosseel i engelsk oversettelse her (pdf) > 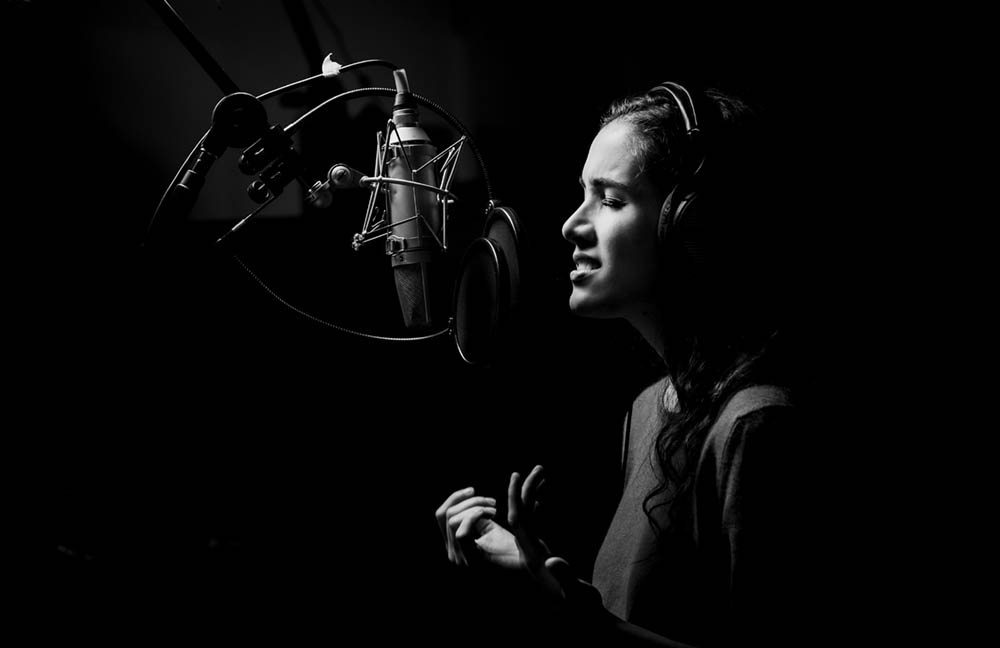 Alma is one of the «most promising singers on the German scene» (SZ), the «German vocal discoveries of recent decades.» The press praises her many times, cultural institutions award her numerous prizes. The singer and composer has performed at the Nublu Festival New York and the Leverkusen Jazz Days, among others. Concert tours have taken her as far as India, Myanmar and the USA in recent years. She has shared the stage with Nils Landgren, Bobby McFerrin and Wolfgang Haffner, on whose album «Kind of Tango» (ACT, 2020) she can be heard.
Les Jazz-Funs intervju med Alma Naidu i engelsk oversettelse her (pdf) > 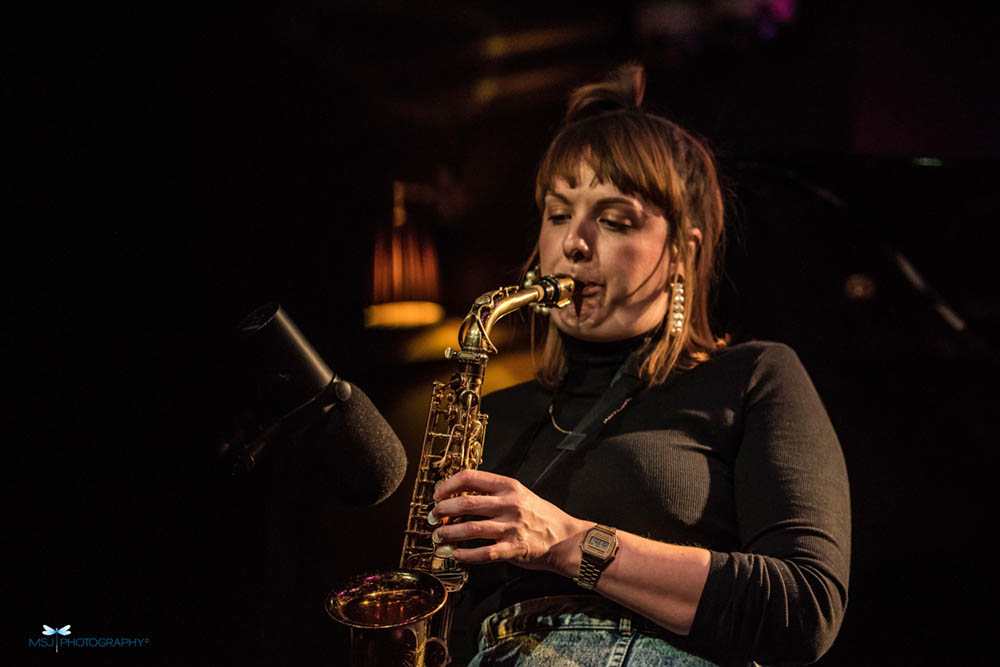 “It doesn’t get any better than this,” wrote Newcastle-based critic Lance Liddle when Shetlands-born, London-based alto saxophonist Rachael Cohen performed on the main stage at Ronnie Scott’s on 4 January 2021 (*). It was just the beginning of the year, but he instantly put it forward as a contender for gig of the year: “Although we’re only a day short of Twelfth Night, I’ve already got four names pencilled in (4HB) for when the polls come around later.”
Les London Jazz News intervju med Rachael Cohen her > 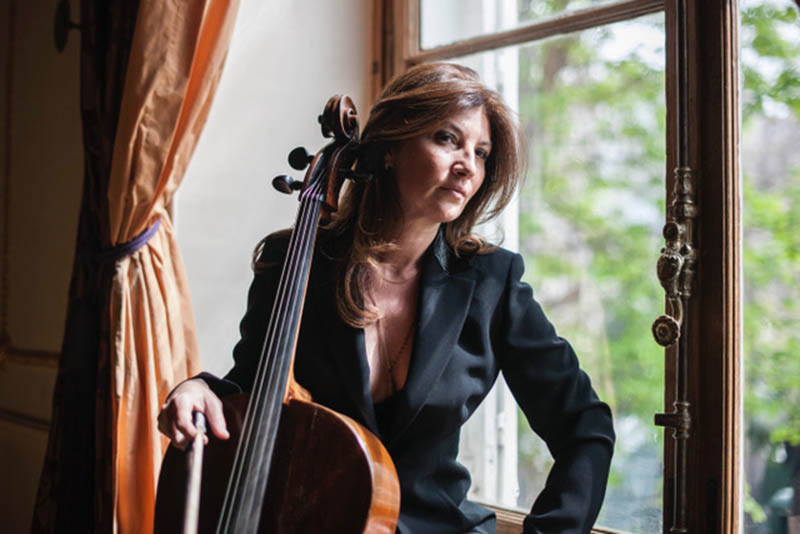 – The reason that I perform other genres along with classical music is of course Paris. There, I discovered and experienced the music of so many different cultures that I wanted to be part of each and every genre or style. In Paris, I met musicians from all over the world and I started making music with them. It was incredible.
Les Jazz Dergisis intervju med Sedef Erçetin i engelsk oversettelse her (pdf) >

The darned seventh year is long over, Eva Klesse’s quartet can celebrate the band’s eighth birthday in January 2021. They got to know each other in Leipzig while they were studying, and when things got serious about their job, it was actually clear to everyone that it had to be these four. Since then, they have grown richer through joint work and play experiences, countless kilometers traveled together and many quartet concerts and have developed a profiled, subtle group sound in the context of contemporary European jazz.
Les Jazzthetiks intervju med Eva Klesse i engelsk oversettelse her (pdf) > 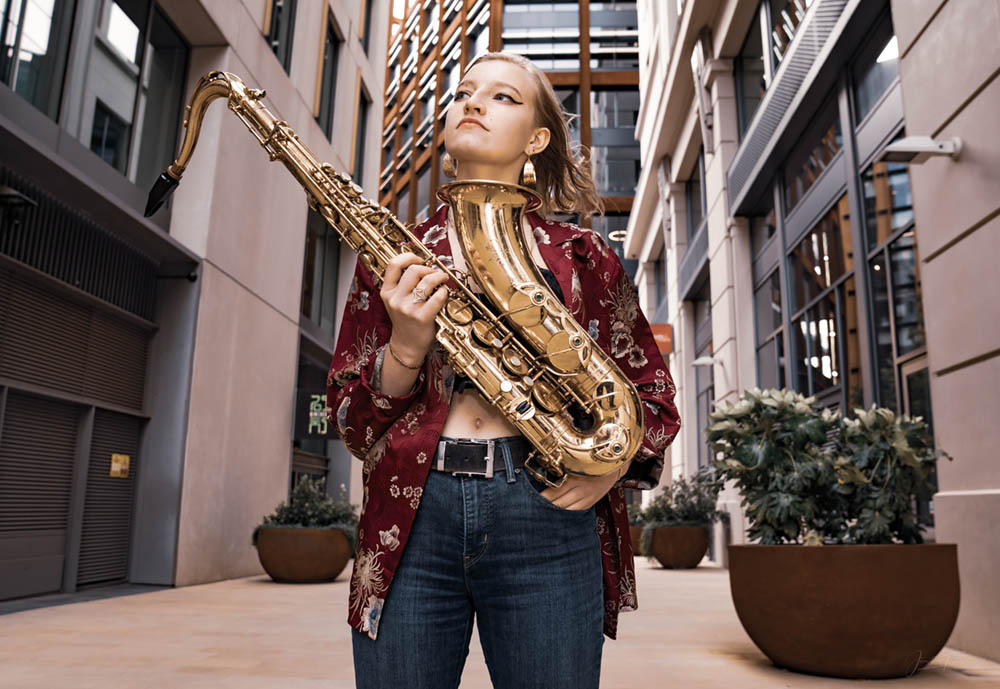 Emma Rawicz sees colours in sound. It’s an instant, unavoidable reaction; she closes her eyes to play, and the shapes dance around her mind’s eye. What she experiences is synaesthesia (or more strictly, chromaesthesia), a perceptual phenomenon with a rich history among musicians. Composers from Olivier Messiaen to Duke Ellington used it to shade in their scores, adding layers of harmonic intrigue and textural colour few have managed to replicate since. As someone who spends most of her time performing, her form of synaesthesia differs to Ligeti’s or Sibelius’.
Les Jazzwises intervju med Emma Rawicz her > 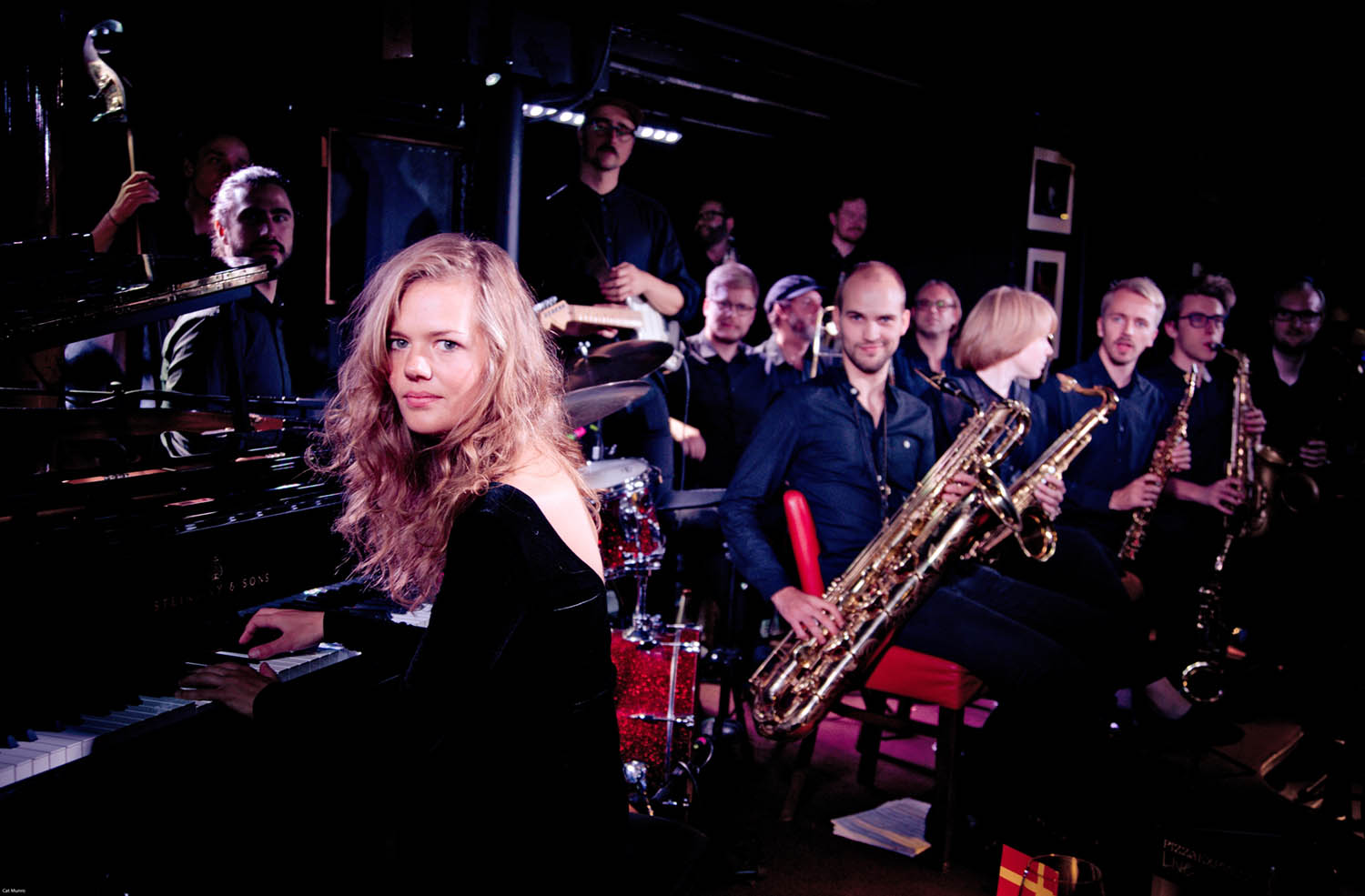 —I’m really excited about my big band – about having such a great orchestra playing my stuff – Kathrine Windfeld commences.
And she has every reason to be happy. She gets to tour Europe, both with her own orchestra and as a guest composer. She recently recorded the album DETERMINATION with the Swedish Bohuslän Big Band, and she has rehearsed her music with The Frankfurt Radio Big Band. Last year, she and her big band music won the prestigious English Rising Stars’ Jazz Award and an accompanying European tour.
Les Jazz Specials intervju med Kathrine Windfeld i engelsk oversettelse her (pdf) >

Ayumi Tanaka moved from Japan to Norway ten years ago. From the up-and-coming piano talent, she now has become one of the best. In October 2021, the trio she forms with bassist Christian Meaas Svendsen and drummer Per Oddvar Johansen, released its first ECM album, Subaqueous Silence. Earlier in April 2021, Bayou published by the trio Thomas Strønen/Marthe Lea/Ayumi Tanaka was another sensation.
Les hele Jazznytts intervju med Ayumi Tanaka i engelsk oversettelse her > 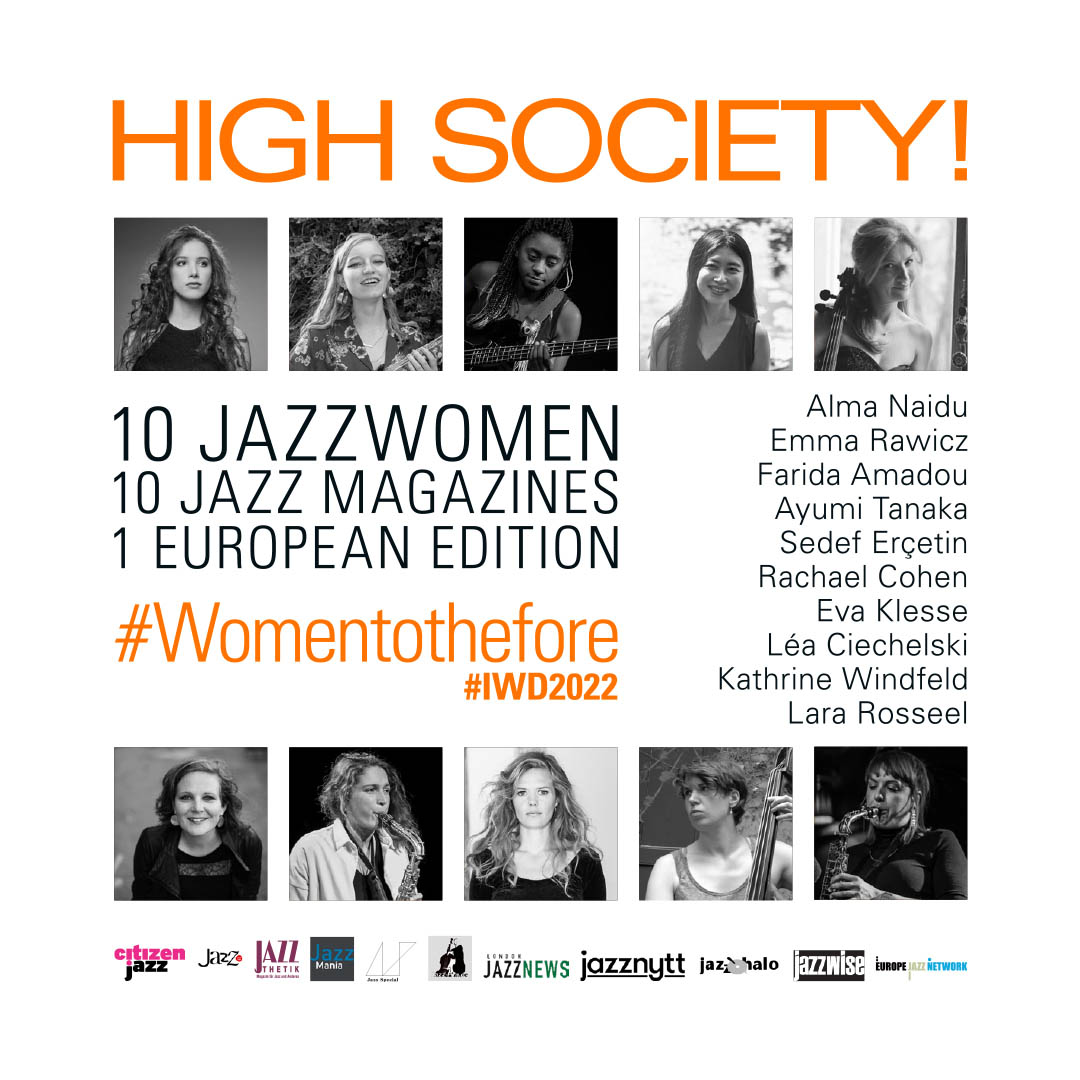